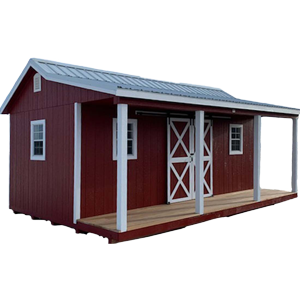 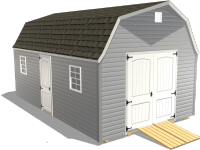 Getting into raising chickens is a rewarding experience, regardless of your age or occupation. Backyard chickens can provide a sense of purpose, comfort, and even breakfast in the form of eggs.  But if you’re new to raising chickens, the terminology used to describe where they live can be confusing. You want to do right by your new feathered friends, but how do you know what the best type of housing is?

What’s the Difference Between a Chicken Coop and a Chicken Pen?

First of all, let’s clear up the difference between a chicken pen and a chicken coop. Once we have these two things defined, it will be much easier for you to make a decision regarding which one is best for your situation. Depending on who you talk to, a chicken “coop” can mean either just the building in which your chicken's nest or the building and the fenced-in area around it. This fenced-in area is often referred to as a “run” or a “pen”, and generally speaking, most chicken owners believe the coop and the pen to be two separate things.

Pros and Cons of a Chicken Coop

A chicken coop is a permanent residence built for your chickens that is generally made up of two parts. The first part is a house for nesting and sleeping, which can vary greatly in size depending on the number of chickens you have. The second part is a caged structure that allows the chickens to be outside safely when they are not in the pen.

For the most part, chicken coops come in two shapes: rectangular or triangular. Both are pleasing to the eye and effective in their use, but rectangular coops provide more open space protected by the cage. Coops can take some work to install, especially if you choose to provide a base instead of setting it on the ground. There are even some chicken coops that have a basement area to collect waste, which makes cleaning the coop much easier.

A benefit of a chicken coop is that it is easy to access and does not require much maintenance. Your coop can also be as plain or as extravagantly decorated as you want. A problem that sometimes comes with chicken coops is that the land underneath your coop may become compacted and barren over time. Bacteria and sickness are also a risk with a coop, especially if you do not clean it regularly.

Pros and Cons of a Chicken Pen

A good chicken pen keeps your chickens safe while they enjoy the outdoors, and is sturdy enough to keep any predators at bay. Constructing your own chicken pen is easier than building a chicken coop, but you can also buy a ready-made pen to suit your needs. It is important to remember to clean out your pen at least once a month to avoid some of the problems mentioned above that also afflict chicken coops.

Decision Time For Your Chickens

Now that you have some more information about both chicken coops and chicken pens, you should be able to make a decision regarding which type of chicken enclosure is best for you. Your home, the amount of land you own, and how many chickens you have can all be factors in your decision. Best of luck to you with your new feathered friends! 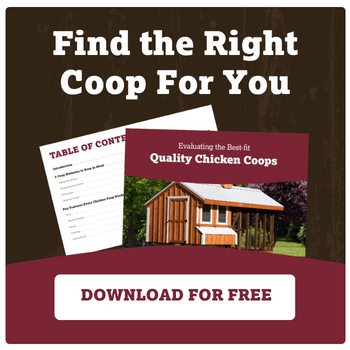